I am sorry to say that this guy is a complete freak. I don’t like comparisons and i am not comparing him with any other dogs. However to my eye all other dogs seem normal whereas Magic seems like a freak dog. How many dogs does one notice doing “Trancing”. Yes, Magic is a “Trancer”, he has some favourite shrubs under which he can stand still for a good 5 to 10mts, feeling the leaves of the shrubs /small trees on his body or on top of his head. I know almost all the dogs in our neighbourhood and i can say Magic is the only Trancer. It’s as if he goes into a meditative state for those few minutes, other dogs sometimes come close to us thinking he is doing a pee or something and they like to check it it out, but then they they find him “Trancing” and they wait & wait to find out what he is doing and they end up looking completely puzzled.

He is high maintenance, also apart from me there there are only a couple of people who can walk with him. I don’t think anyone has kept a watch on me & my movements the way Magic does. Its almost like we breathe together or our heart beats are one. Physically he is in his prime, he is strong  like a horse and does not have an inch of fat on him. Almost every other day random people stop by and ask us about him & take pictures. Recently when we were out before dawn for our walk a police patrol jeep pulled up next to us and all the the cops had their heads out of the windows and their eyes popping out.

One of them asked  me…. What breed are these ?

I said these are Karawani’s  (aka: Caravan Hounds)

From which country are they from ?

I thought i would give them a lesson in history…….The famed Silk Route traversed the ancient civilisations of China, India, Persia, Arabia, Egypt, and onwards to Greece and Rome. Traders, who dealt in gold, silks, precious stones and spices, moved in caravans or in groups consisting of more than a hundred oxen carts, camels, horses, tents, and their own security contingents. They also had their own dogs accompanying them; these were usually hunting dogs or the Arabian and Afghan Hounds.

The inter-breeding of these produced ‘Karavani Hounds’, literally meaning “hounds accompanying traders’ caravans”, and later came to be known as ‘Caravan Hounds’.So, we see that the hound of the desert, now called Caravan Hound, had already made its way into the Indian sub-continent with these traders.

The fabled riches and magnificence of India soon attracted marauders from across the Hindu Kush. The Greeks, Persians, Turks and Moguls, at different times, invaded India. These invading armies were always accompanied by their hounds for reconnaissance and sighting of the enemy. They took as much pride in grooming their dogs as they did their horses. The Maratha Sardars, too, loved the hounds and trained them in mountain warfare.

In fact, these dogs were constant companions to Shivaji, and so, they were even buried next to his samadhi at Raighad Fort in Maharashtra. That is the reason these hounds came to be known as ‘Maratha Hounds’ as well.

With the advent of the British there was a decline in interest in these hounds,
because the British brought with them their own exotic breeds to India. It was Shrimant Rajesaheb Malojirao Ghorpade of Mudhol [1884-1937] who took up the challenge of reviving this breed. He noticed that local tribes around Mudhol, on the Deccan Plateau in North,
Karnataka, and surrounding areas nurtured these dogs and trained them for game hunting. He devised a programme of selective inbreeding and restored the hounds to their once royal glory.

In the early 1900s, the nobility in England loved hunting for sport and used Grey Hounds, a different breed, for the purpose. Raja Malojirao Ghorpade, on a visit to England, presented King George V a pair of hounds from his kennels in Mudhol. The king was delighted; he
christened them ‘Mudhol Hounds’.

So you see….i continued they belong very much here to our land, you may not find them in the city, however in the villages in Kolhapur, Satara, Sholapur, Latur there will be some of the best specimens of this breed

They looked as if they didn’t believe what i just said.

Magic is indeed a fabulous advert for Caravan Hounds. He has become an expert in communicating with us, the changing expressions and looks he gives us, the sounds he make to convey his needs, the nibbles he gives us in sharing his joy, the cuddles and a quick massage that he demands, he just adores partner and both our two boys like anything and his tail is like a whip when he showers us with his love and affection. The only disappointment i have for him is that he has not been able to satisfy his hormonal  urges, which he finds very frustrating.

Otherwise he is a gem, or shall i compare him to a diamond, because in having a diamond which is always brushing past beside me, means i do have to endure a lot cuts from the sharp edges… (read: there is no time for myself) 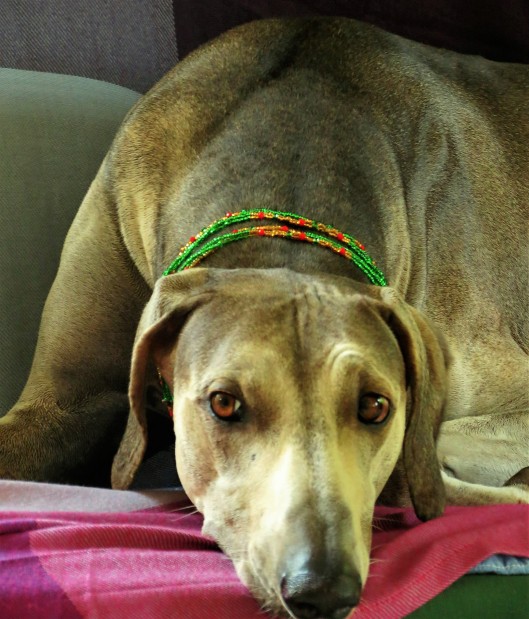